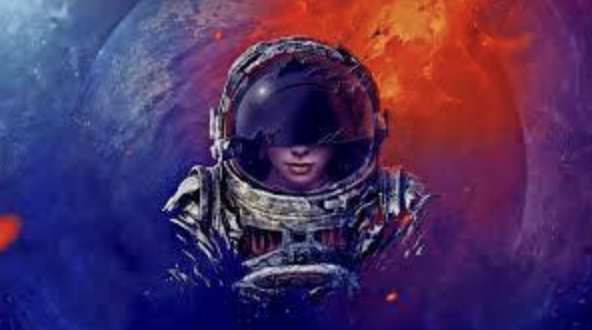 This short story is featured in Bloomsbury's e-book anthology of re-imagined fairy tales for kids ages 8-12. The following is an excerpt from the 4,000-word story. You can buy the anthology here.

If I fall asleep, my life is over.

I glance at the clock, trying to figure out how long I have left. But the numbers are fuzzy. My eyes are closing and my limbs have that made-of-warm-water feeling as I droop in the chair.

NO! WAKE UP! I have to stay awake! Okay. How about I tell you a fairy tale? MY fairy tale. The story of how I got into this mess. Because we can’t fall asleep in the middle of a story. No. We can’t. We need to know the ending. We have to find out what happens. Right?

Once upon a time there was a girl named Sarah Snow (That’s me. I’m Sarah Snow. Hi.). She was 12 and lived in California with her dad and step-mum. She had this super pale skin from being half Scottish and red lips from this apple-flavoured gum she chewed that had just the right amount of cinnamon in it.

Now, here’s what you should know about Sarah’s step-mum: she hated Sarah.

I’ll get to why but for now just believe me.

She wanted to get rid of her. Once, Sarah overheard her talking to her dad about some strict boarding school near Sarah’s real mum in rainy, cold Scotland and her dad was nodding like she had some kind of spell over him. But Sarah didn’t want to leave California. She couldn’t leave her dad. She wouldn’t leave her best friend Nathan Prince who she took fencing classes with and who let her drape daisy chain crowns on his head at recess, hair glowing golden in the sun.

No. She wasn’t going to Scotland. Not if she could stop it.

To understand why Sarah’s step-mum hated her, you have to understand something about Sarah’s dad.

And here’s what you should know about Sarah’s dad: he led a team of seven spacecraft engineers at the Mars Science Centre at NASA’s Jet Propulsion Laboratory. It’s a mouthful, I know, but basically they’re the team that manage the Mars rovers, those computerized geologists that cruise around up there. So, space robots.

Now, I know what you’re thinking - the same thing Nathan said when he found out – “Cool. What an awesome job. I wish my dad worked with space robots on Mars.”

Nathan’s dad was a spiritual healer and who ate kale and hardly ever wore shoes.

Anyway, it wasn’t cool. What Sarah’s dad did, that is. Because the thing about the people who work at the Mars Science Centre at NASA’s Jet Propulsion Laboratory is they live on Mars time.

I’ll spare you the insanely complicated explanation (it’s all “axial tilt” this and “rotational period” that) but, basically, a day on Mars is called a sol and one sol is 24 hours, 39 minutes and 35.244147 seconds long. So, Sarah’s dad’s days were 40 minutes longer than hers.

Because he lived on Mars time, one day Sarah’s dad would go to work at 7am but the next day at 7:40 and the next at 8:20 and then at 9 and sometimes he’d be sleeping all afternoon or awake all night, eating lasagne at breakfast and cereal at midnight. If the rover was on an important mission, he’d even work all weekends. She hardly ever saw him. Sometimes she thought he may as well have lived on Mars. It sucked.

To keep Mars time, he had this amazing NASA watch with extra numbers and buttons and dials. Sarah reckoned it looked like a time machine. She told Nathan this at his house once and they thought up all the things they would do if they were masters of time (think: bring back AI robots to ace all their homework), but Nathan’s dad overheard and he went all misty-eyed like he was giving a spiritual teaching.

“Time is a social construct, kids.” Nathan’s dad was always saying weird stuff like that. “You can’t travel through something that isn’t real.”

Sarah shot a question mark look at Nathan and he giggled, whispering that according to his dad time doesn’t actually exist. They both had to run out of the room before they cracked up laughing completely. Later, Sarah decided that was the stupidest thing she’d ever heard. Of course time existed. Right? I mean, just look how it ruled her dad’s life.

“I’m sorry, space monkey.” Her dad would say. “I wish I had more time.” The bags beneath his eyes were like the dark side of the moon and his daggy NASA jumper was covered in coffee stains. “I’ll find a way to make it up to you.”

“Take me to work with you!” she’d say. “You spend all your time there! I’ll be, like, deadly quiet and perfectly good.”

Sarah desperately wanted to go into her dad’s work. Firstly, to meet the seven spacecraft engineers, because they had awesome nicknames like G-Force and Spaceman and Electro. But mostly to be on Mars time. To be on the same time as her dad. For their lives to synch up even just for one day. For them to be on the same planet, just once. Then, she thought, then maybe he would see how right it was and he’d find a way for them to stay in synch for good.

But he always said the same thing. “When you’re older, space monkey.”

HEY! Are you still listening to my story? Okay good. Just checking. Cause it’s REALLY important that you keep me awake. Because if I fall asleep my life is ruined. Even though my bones are aching with tiredness. Even though I’m floating away like I’m in zero gravity.

The kids around me are starting to stare, starting to whisper. And now Nathan’s poking me with a ruler but it’s like it’s happening to someone else… so… tired….

Now here’s the thing: whenever Sarah’s dad was home and awake at night or on the weekend, Sarah’s step-mum always seemed to suck up his time like a vacuum.

She’d declare a grown-up only dinner, banishing Sarah to her room with a microwave meal. Or she’d organise a sleep over for Sarah with their neighbours all weekend saying she could help babysit their kids.

Remember how I told you how Sarah’s step-mum hated her? Here’s why:

Because her dad only had so much of it for them. It was limited. It was finite. And what Sarah’s step-mum wanted was all of Sarah’s dad’s time to herself.

Every second of it.

“We have a relationship, darling” her step-mum explained through pink-painted lips and a swirl of coffee steam one morning. She called Sarah darling but she also called her friends darling and Sarah had heard what she’d said about them behind their backs so she didn’t take it as a compliment. “People in relationships need time together,” she continued, “or their love shrivels up like a dead rose!” Her step-mum was kind of dramatic. “You understand,” she said.

But Sarah didn’t. If time together equalled love, she thought, then how could her dad love her?

This is an excerpt from a story published by Bloomsbury UK